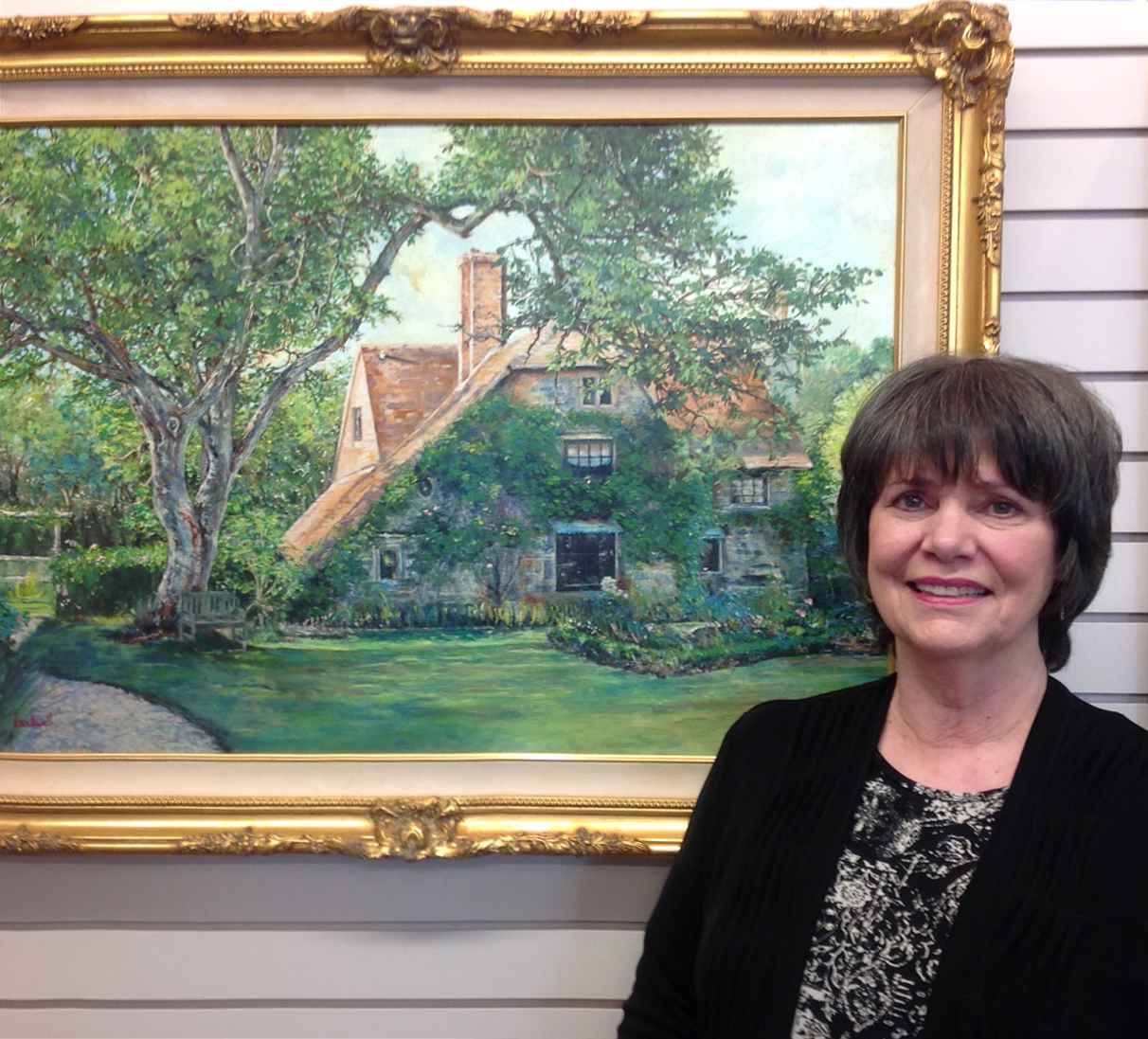 Barbara Noll, PSA, is a native Texan from Midland. Born into an artistic family, she learned to draw and paint at an early age. During high school, she was encouraged to attend North Texas State University, where she majored in Art Education.

Following her education, Barbara continued to study and hone her skills as an artist. She became a professional china painter and owned her own business, Tiles, Etc. for ten years. During that time, Barbara received recognition in “The China Decorator”, and her studio was featured on Dallas TV. She was also known for her beautiful tile murals.

Following her career in the home decorating business, she turned to fine art. After experimenting with different mediums, oil soon became her favorite because of it’s “forgiving” qualities. Today, Barbara loves to paint portraits and is a member of the Portrait Society of America. Other subject matter includes landscapes, farm animals and still life.

Her honors include numerous awards in juried shows, including two “Best of Show” awards, one in Houston and one in Midland. While living in West Texas, she was active in many art organizations, including the Midland Palette Club, Odessa Art Guild, Andrews Art Guild, Five Women Artists and the Texas Art Beat.

Presently, Barbara works out of her home studio in the piney woods of East Texas, near Woodville. She is involved with the Tyler County Art League in Woodville, the Lufkin Art Guild and the Lone Star Art Guild.

For dates and info on specific events, please see our Calendar.

Gallery – Open to the Public.
Welcome!